Internet luring is a growing concern in our province and the rest of the world.  This website is designed to help parents, teen and kids learn how to use the Internet safely.

We believe that by informing and involving responsible people of all ages about cyber crime against children, we can identify and expose cyber predators and help the justice system to prosecute criminals who threaten the safety of children on the ‘Net.

The Internet is a primary source of learning and socializing for your kids. They often know their way around the ‘Net by the time they learn to read. And your teens may well be more sophisticated about the Internet than you are. This wonderful tool for learning and exploring the world can also be troublesome.

The most common abuse of the Internet for and by children is bullying and malicious gossiping. Initially, the gossip and bullying may be intended for each other only. But it swiftly spirals out of control because the Internet knows no borders. It truly is the World Wide Web.

You may have heard of incidents of bullying that have resulted in humiliating images of a child being transmitted globally through the Internet. One famous case is the Starwars Kid, where one 15-year-old boy from Quebec had goofy images of himself in fight scenes, stolen and uploaded onto the Internet. 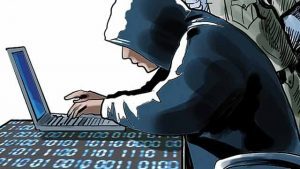 Fifteen million people downloaded that video and countless clone videos have been produced. The poor kid has suffered international ridicule from his peers. If your kids aren’t careful, this kind of a nightmare can happen to them too.

The Internet is a vast global network of individuals. And they don’t always have the best interests of your children in mind.

Predators on the Internet are actively looking for children to sexually exploit. They will use fake identities, like posing as a 13-year-old girl, to lure children. Sometimes they use the kids to make money in Internet child pornography and sometimes for their own perversions.

The Internet is like the Wild West. It’s frontier territory. There’s no sheriff to keep the law. Unless your kids know how to protect their privacy, cyberspace can be a dangerous place. Predators can – and will – prey on them. Anonymously.